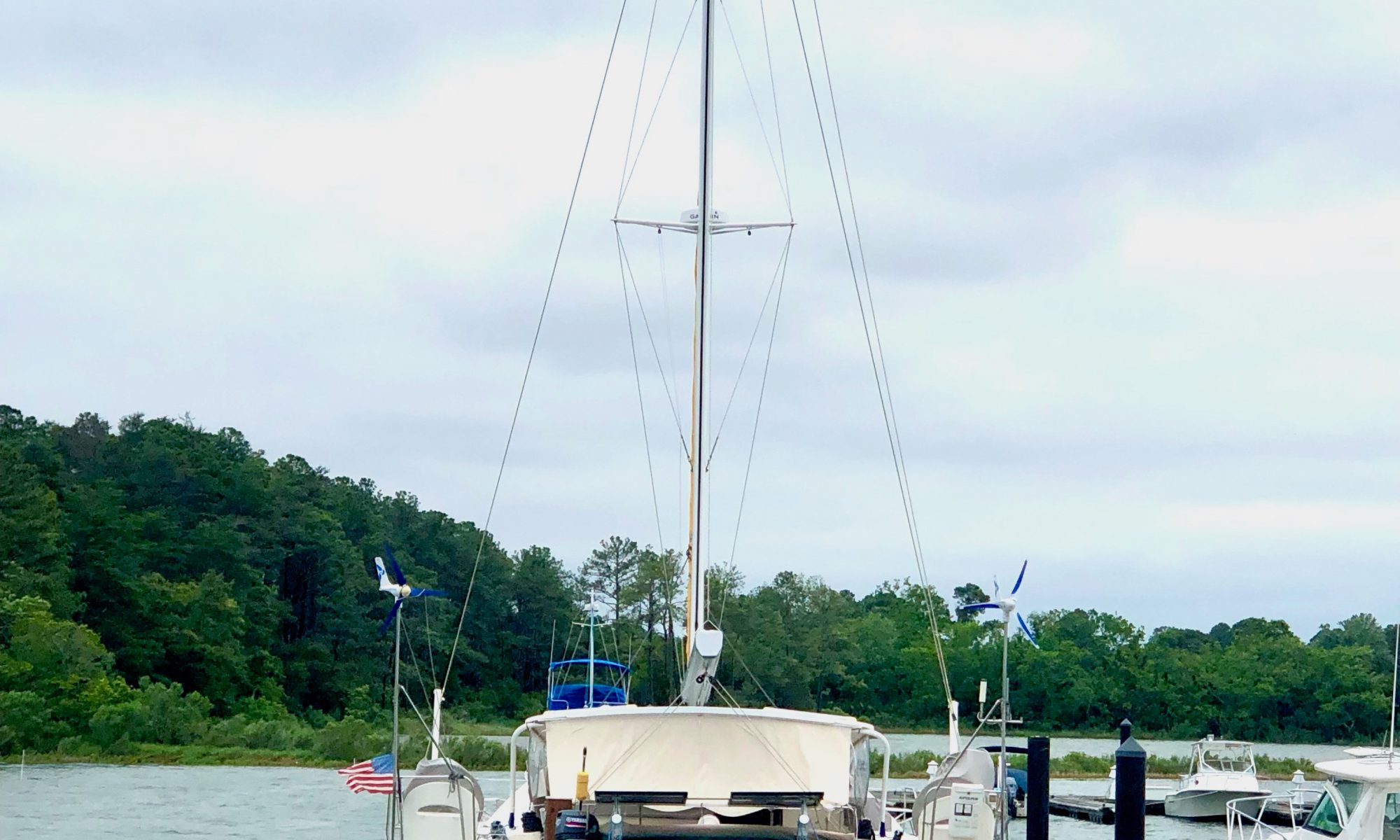 06/09 Looking for s/v Trouble Update: I made it to the Chesapeake at midnight. Their was a lot of commercial marine traffic crossing the “Tunnel Bridge”. I was not really excited about anchoring let alone navigating in the dark on the Chesapeake, as dodging crab pots can be a nightmare. I selected a spot that was just off the main channel but still in the main part of the Bay.  The wind was light and I just wanted to get the anchor down and get some sleep. I dopped the anchor and go it set. Shut the engines down and then thought I probably should have used a spot light to look for crab pots. I pulled out my spot light and shown it on the water around me, to find, I was surrounded by crab pots. I was just going to deal with it in the morning then thought better of it.  I pulled up anchor and drifted away from all the pots without using the engine as I didn’t want them to get caught up in the propellers. After I was clear of them my spot light died and I had to grab another flashlight. I then, properly used the light to find a clear spot from the crab pots. I then got the anchor down and set and went to sleep. In the morning I got up and had about an hour trip motoring up the Oyster Farm Marina at Kings Cove. The crabbers were out in force and I had to keep a sharp lookout all the way into the marina.

The entrance to Oyster Farm Marin (OFM) is a visual & technical navigation challenge. I did make all the correct turns and got to the fuel without grounding. After finding someone to get the fuel pump running and get my slip assignment, I tied up to my slip and got some more rest. OFM is a short distance from Cape Charles, which is where I purchased Trouble last Summer. The town was familiar and a nice walk, to find a burger and beer. I hung out here for a bit till I was planning to head to Dennis Point Marina to get hauled out for the summer. When I called Dennis Point Marina (DPM) to verify my haul out, the proceeded to tell me their was no room. YIKES! My whole summer was planned around that. So I got on the phone and found that Port Annapolis, could take me, but not till July 1st. I called back DPM, to see if they had a slip for the rest of the month, which they did. So off to DPM in the morning.