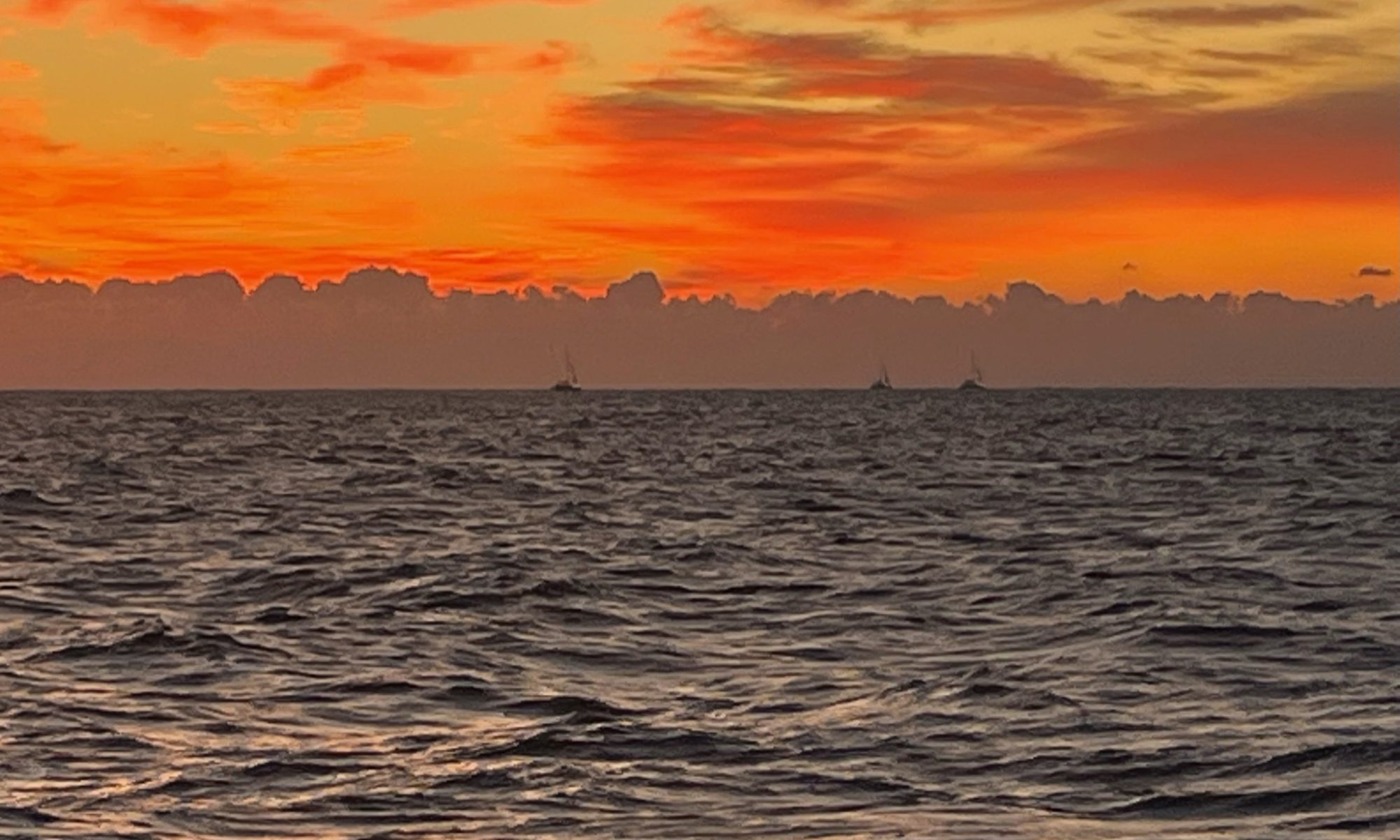 1055 engines on and mooring lines dropped. We are headed to Solomons Islands, which is about 44nm. Bret McQuinn flew in the day before to join Trouble for our trip to Charleston, SC. We had a narrow weather window and had to make a beeline to Norfolk (Pronounced: Naw-Fuk). Hatteras is feared/respected by all sailors. Trying to go around Hatteras in the wrong wind/weather could be deadly.

Our first stop on our way to Norfolk would be Solomons Island near the Naval Air Station Patuxent River. Low-flying fighter jets are the norm in this area. It was a cold windless day, so motoring was in order for the day.

We dropped anchor in the Patuxent River, right in front of Naval Air Station, just as the sun was setting. We wanted to make an early start in the morning, so we opted for an anchorage closer to the Chesapeake Channel, instead of heading into Solomons Island.

0500 engines on, anchor up. An early start was in order as we had a long day ahead. We wanted to get to Norfolk by sunset. 89nm was going to be a long day. It was another windless day, so we had to push hard to make it before sunset. Trouble was going to burn a bit of diesel today.

We got the genoa out for the last hour as we sailed into Willoughby Bay. All the anchorages in the Norfolk area were full. It seems we will have lots of company rounding Hatteras during this weather window.

0800 anchor up. The next stop is Charleston, SC. We headed out under a bit of fog and rainy weather. Not the nicest conditions, but they would improve as we got down to Hatteras, and the wind will shift giving us some nice sailing.

As we cleared the Chesapeake Bridge Tunnel we encountered a submarine. Always keep your distance from subs.

Early in the morning hours, we rounded Hatteras. There was a stream of cruising boats all headed for the same point to round Hatteras. Since it was dark it kept us busy keeping tabs on all the boats around that showed up on AIS and ones that didn’t.

The wind was perfect to fly the spinnaker, so up she went. We had a great time eating up the miles with it.

Time flew by and before we knew it we were pulling into the Charleston Channel. It was getting dark and we wanted to get the anchor down and have a cheeseburger on the grill. We anchored in front of the USS Yorktown. It was a bit crowded and after putting the anchor down in the wrong spot, a large ferry boat came by and let us know we were in an active channel. No problem, we just moved a bit and got out of the channel.

Bret and I had some hot showers and hit the town for fresh oysters and fish. Bret was leaving the next day and I had to make plans for what I was going to do with the building weather front south of us.